Consigli Mac Detailed Computation: How Many Songs Can 16GB Hold?

Detailed Computation: How Many Songs Can 16GB Hold?

徬徨 how many songs can 16GB hold when drooling over your newly-acquired 16GB memory card? Search no further as this article has knitted together the storage capacity of a 16GB memory card and subtle technical details. Popular brands such Samsung, Sony, SanDisk, and Toshiba push out the cream of MicroSD cards, we recommend them for fast data transfer.

The exact amount of data supported by a model card depends on the specifics of the file type and a cluster of other factors. Additionally, the size of a song varies by the duration and the bitrate encoded but most MP3 files clock in at 4-5 MB. But exactly how many songs can 16GB hold?

文章指南Part 1. Meaning of a Gigabyte and the Basics of Portable StoragePart 2. How Many Songs Can 16GB Hold？最後的思考

Part 1. Meaning of a Gigabyte and the Basics of Portable Storage

The actual capacity of a gigabyte varies significantly based on the computation used. The giga preface theoretically represents billion; meaning 1GB denotes 1 billion bytes. In computing parlance, giga kicks in the nomenclature of multiples, a gigabyte algorithmically means 1,073,741,824 bytes, which is 7.3% more than the standard estimation.

Most devices use the standard estimation, meaning a 16GB disk boasts a size of 16 billion bytes. The formatting pieces of data on the disk mop up considerable slots reducing the actual storage available for the user.

The bitrate employed to encode a song leaves a significant impact on file size. A song embedded at 256kps spawns a bigger file size than the same item coded at a bitrate of 128kps. The encoding technology also determines how many files are stackable-variable bitrate media creates a smaller media in contrast to constant bitrate songs.

在 VBR vs. CBR showdown, CBR pales in comparison to its contemporary’s high fidelity sound and more compactable files. However, they decode at a snail’s gallop and thus not amenable to playback devices. 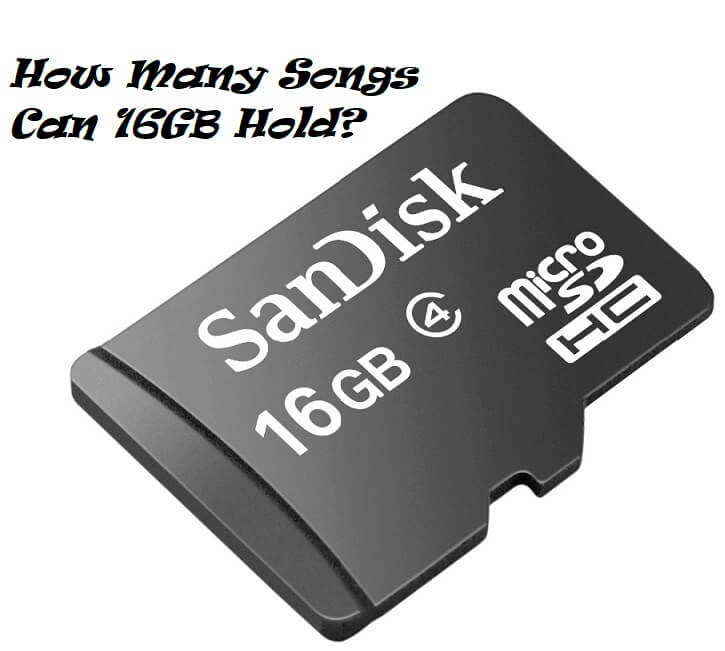 Method 1. Crunching the Numbers from the Air

To ballpark the song storage volume of a 16 GB memory card, you can work on the premise that one MP3 file has an average of 4 to 5 MB. For straightforward math, roughly 16000MB constitutes 16GB.

So how many songs can 16GB hold? Deducing from these calculations, a 16GB memory holds songs in the neighborhood of 3,200 to 4,000 MP3. This is a ballpark figure that fluctuates due to a variety of factors.

With the assumption of more universal MP3 formats for your library collections, you can crack the code for 1 gigabyte. It works on margins of error, but it throws more light into the topic.

Jot down the length of the MP3 file in seconds and multiply it with the bitrate of the item. Standard MP3 has 128kps, other files come in 256kps and 320kps. Next, take the product, and divide it by the answer of 8 multiplied by 1024. That will transfigure kilobits (kb) to megabytes (MB).

That will generate a rough size of a song. Rather than beat your brains with the math for every file, guesstimate. On the premise that the average length of your file clocks at 4 minutes, apply the formula and multiply 4 by 60 for the total seconds.

The product is an approximation of 3.75 megabytes (MB) per song. To calculate how many 3.75MB songs can fill a gigabyte (GB), divide 1024 by 3.75 because you need as many megabytes for one gigabyte.

The MP3 format embeds tags or album art. Although these resources take up insignificant real estate, they do add bulk to individual song sizes. For podcasts or other spoken-word tracks, files hammered out of stereo to mono eat up less space without diminishing sound quality. Audio producers determine the format or bitrate for their oeuvre; if you want to shed some megabytes off your MP3 library, capitalize on dedicated software that exquisitely re-sizes files.

iMyMac PowerMyMac's Duplicate Finder does exactly as its name suggests-hunting down and deleting imitations on your Mac. It will dive beneath folders and pinpoint files of the same size, and then stack them against each other to split off identical items. Best of all, it sifts through duplicate files regardless of title or name.

Pair your external storage and use Duplicate Finder to find out replicated media files. Media files gobble up gigabytes of space, this tool keeps them at bay for an all spruced up Mac that runs at full tilt. It has a preview feature to give you maximum control over your files.

Install it to hive off repeat music, video, pictures, and document files that eat up precious Mac or external storage. It launches powerful searches like a streak of lightning. Duplicate contents don’t augur well with your memory and performance while eating up valuable memory card space. 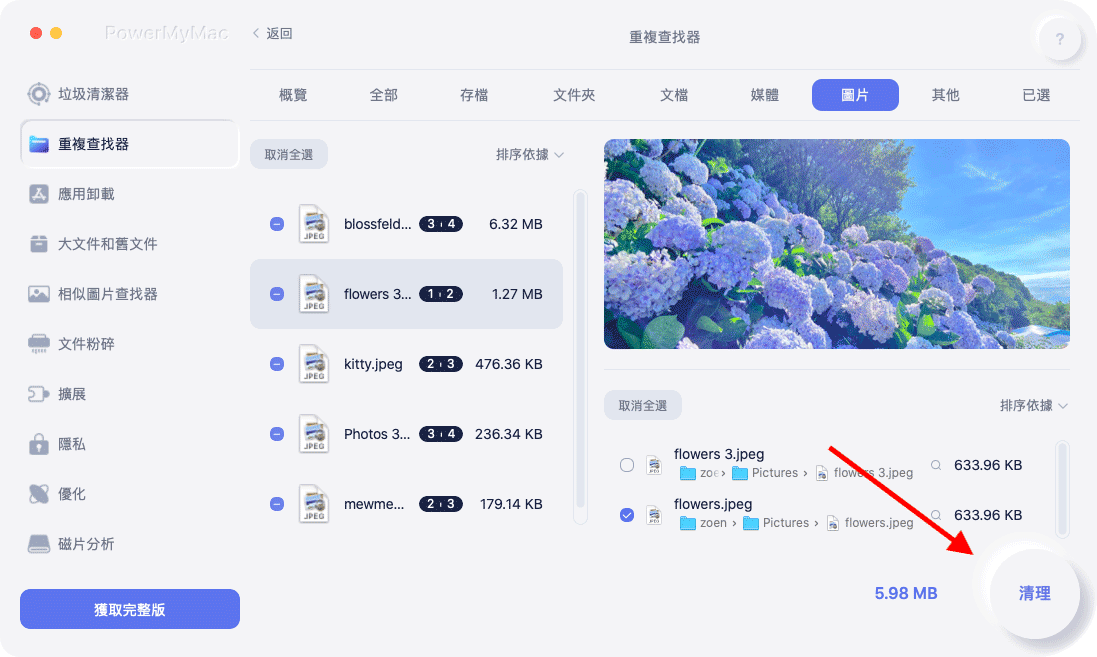 So how many songs can 16GB hold? In the end, 16GB memory cards should accommodate MP3 files in the region of 3200 to 4200 songs. The exact amount varies on the bitrate, which influences the quality of the audio. For instance, default iTunes tracks are encoded at 128kps, which translates to 4,760 MP3 files at 3.5 minutes each. At the higher end of the spectrum, the top-of-the-range iTunes + service takes up 256kps, which renders 2,380 songs.

The market teems with a variety of memory cards in either the SD or Secure Digital format. These include micro-SD cards, which have the same storage capacity in a more compact size. The total amount of data stackable on a memory card also varies considerably due to technical factors.